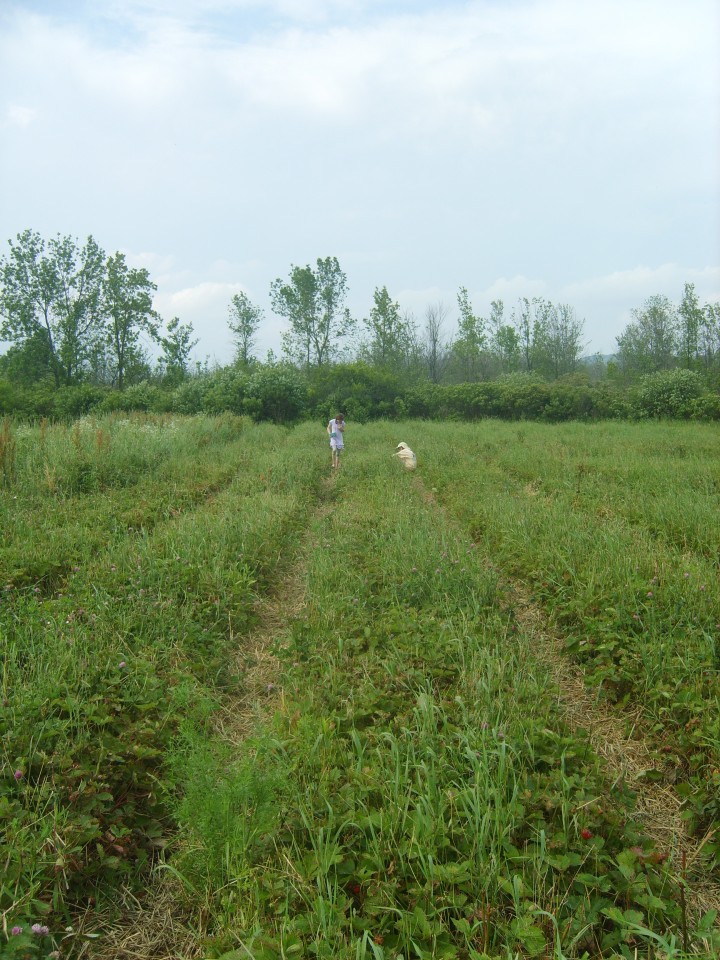 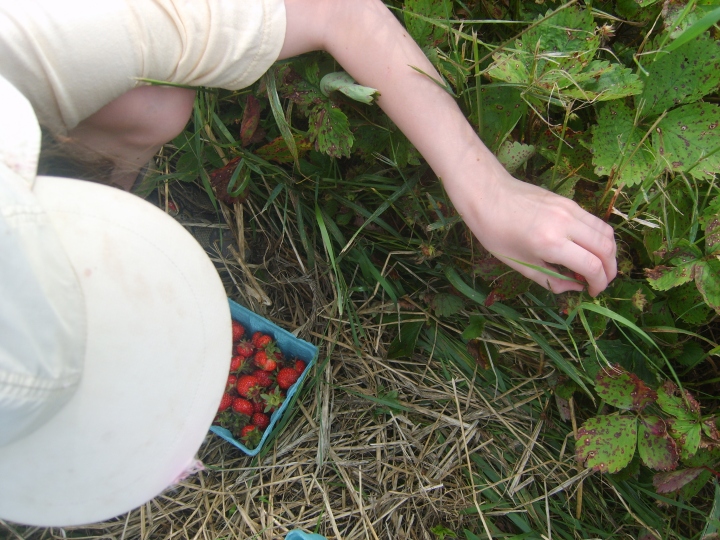 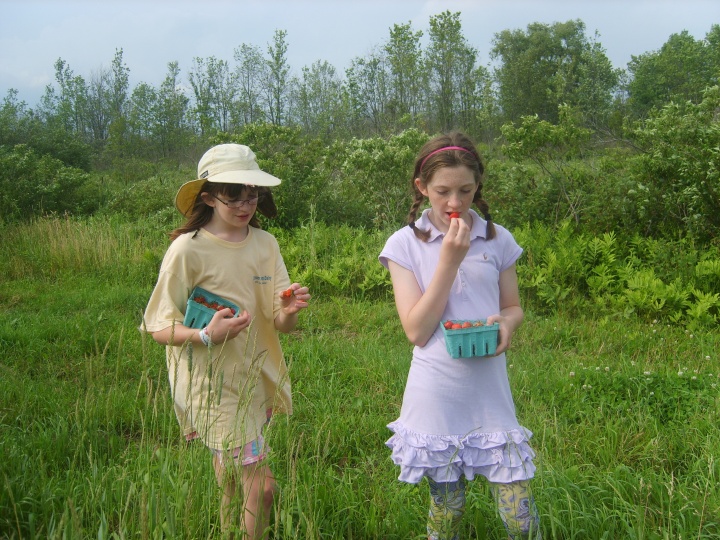 When school gets out for the summer we head over to Knapp’s Farm in Preble to pick their organic strawberries. I think it was last year that my friend Beth and I stopped by to pick berries and found that they were closed for the season.  Very disappointing.  This spring I decided to plant our own  patch but it takes a year to harvest so I was pretty happy to see the Knapp’s sign out on the road again this week. A very nice girl warned us upon arrival that the rain last week was hard on the berries and that we would have to look pretty carefully, and that did turn out to be true. We ran out of time before we could fill our last container but maybe it was just as well. The two green boxes were nearly eight dollars. We will have  to savor the few we have this year. For anyone who is interested, there were lots of nearly ripe berries, so picking will be great by the weekend. Don’t forget to take containers.