JoAnn Hughes mentioned in an off-hand way that her parents were on the Hay diet and lived in good health until their nineties, when I saw her a couple of weeks ago. It came up either because I have suffered from poor health for several years and my reputation precedes me or because it is hard to fit smoothly into a group when you can’t munch on what everyone else is munching.  I had seen more doctors than I could count and spent lots of money before I finally figured out that I can’t eat gluten. I figured it out and at the time it felt like an impossible accident. Since then I’ve read more and feel a bit angry that so many obvious symptoms were overlooked because the doctors seemed determined that it was in my head.  I kept asking, “Wouldn’t you be depressed if you were sick all the  time?” A very kind but unhelpful woman doctor patted my hand and told me I wouldn’t be sick forever, that it would pass in time.  I saw some really crummy doctors, some of them highly recommended and some very good specialists who simply figured out that I didn’t have what they specialized in. If I could do it all over again, I would never go to the doctor’s alone. When you are sick you need someone in the examining room with you asking the right questions. A sick person is a poor advocate for herself. But we had two small kids so if I was at the doctor’s, Billy was with the girls.

At JoAnn’s mention of Hay, I nodded and did not tell her that for the past five years, this Hay diet has been brought to my attention repeatedly, first by a British friend whose mother has eaten this way for years. She went so far as to loan to me her copies of Food Combining for Health which has partially been chewed by a puppy, and The Complete Book of Food Combining. I hadn’t opened either of these books; they were in a rarely used closet upstairs waiting to be returned. This time when I got home, I dug them out thinking maybe the universe is trying to tell me something. And I won’t bore you with the details but I am giving it try. 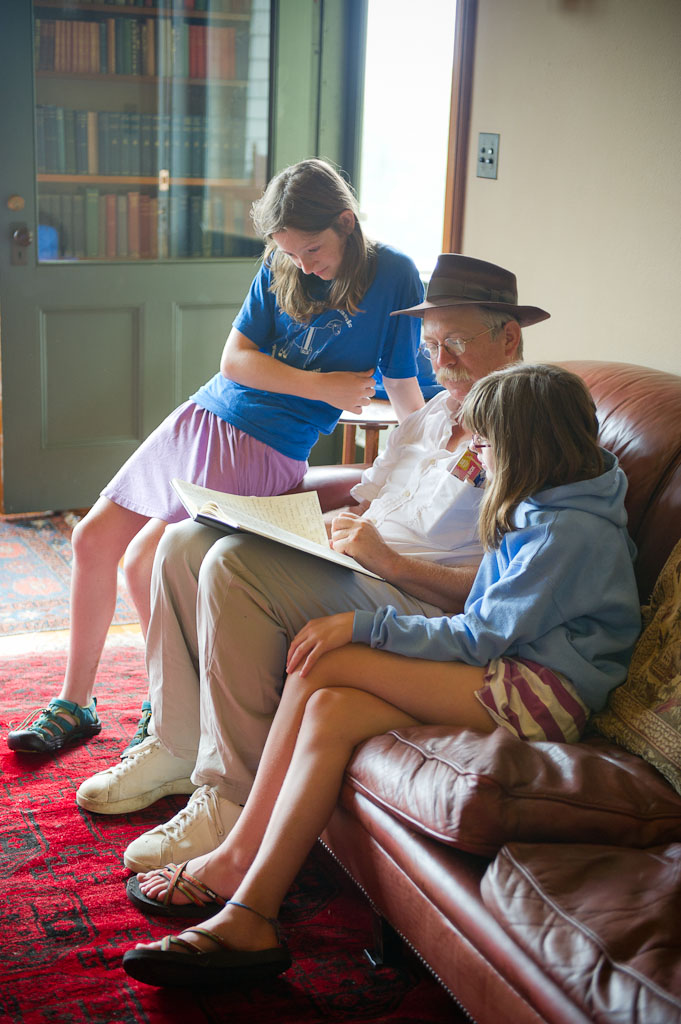 One thought on “my medicine”