I called the school today and the secretary asked for my name. As usual, they think I say “Donna” so I spelled it for her, last name too, because it is not familiar. “Where are you from?” she asked me, her voice rising at the end as if she is ready to be surprised. “Uh, Tully.” She sounded so relieved and put the call through.

I read this in yesterday’s paper-The  Post Standard; it may be the saddest Anniversary announcement ever written.

David H. and Angelique S (Renauld) Mickelsen were married near Rochester on December 4, 1987, at Sandbell Bapist Church in Akron, NY, by the Rev. Carl Longwell. David’s father , the late John K. Mickelson, was the best man, and my grandmother, the late Madaline A Davis, was the matron of honor.

David had a heart attack in 2008, and his last job was working for Richlar Industries/SPI in East Syracuse as a fabricator. He worked there for 14 years. He enjoyed working on cars, woodworking, and collecting cars and coins. David also learned to knit from me. I am working at Dunkin Donuts in East Syracuse. I enjoy doing puzzles and crocheting. David and I also did a lot of improvement to our home on the North Side.

Unfortunately, David didn’t make it to our 24th anniversary this year. I will be spending our special day by decorating the house for Christmas.

Monday night. The weekend is finally catching up with us. It is seven-thirty and everyone but me is already in bed. 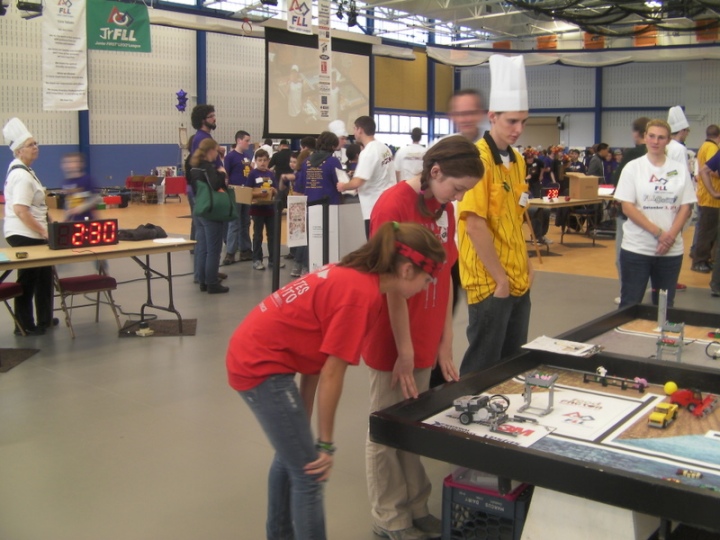 An intense week was followed by an intense weekend. I woke the girls at 5am on  Saturday morning, packed the car, and headed with them to Utica, to compete in the Lego League competition. It was our first year and we honestly had no expectations. Three months ago  the kids on our team could not build a robot, nor did they know the first thing about computer programing (me either actually), and on Saturday they placed in the top half for the robot part of the competition and they won the Judges’ Award for their presentation on food safety, which meant a trophy(!!!).

Now my brain needs a little tiny rest, but it is all good.

One thought on “Is there a connection?”