I was so tired this morning that I forgot to put Elisa’s toasted bagel in her lunch box. Instead she got a container of air. Tonight will be much easier because Harriet discovered that Hawaiian music puts puppies into a deep sleep in about twenty seconds. (I’m also knocking on wood right now.) 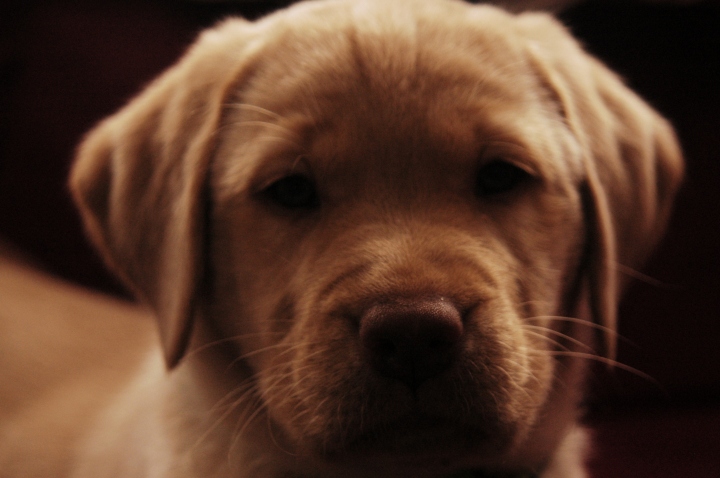 Really and truly, I could gush. She’s so darn good! 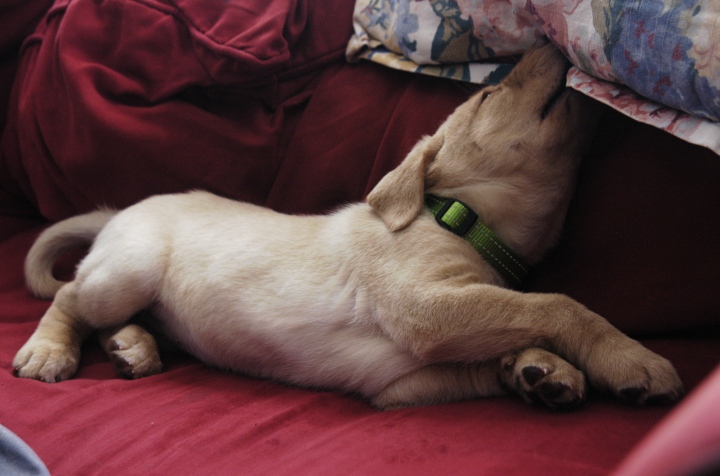 We did figure out after a couple of days that she wasn’t sleeping through the night because she was very hungry by 2am. I watched her lips and paws move in a dream, as if she were nursing during one of the early  restless nights. Now we give her  four meals a day , the last one at about nine pm and she sleeps like a log until 5:30 am or so. Much better. Sleep is good.