I’m so proud of these kids I got all mother-y and there could have been tears but I held it together. They did suffer through some hugs and kisses though. 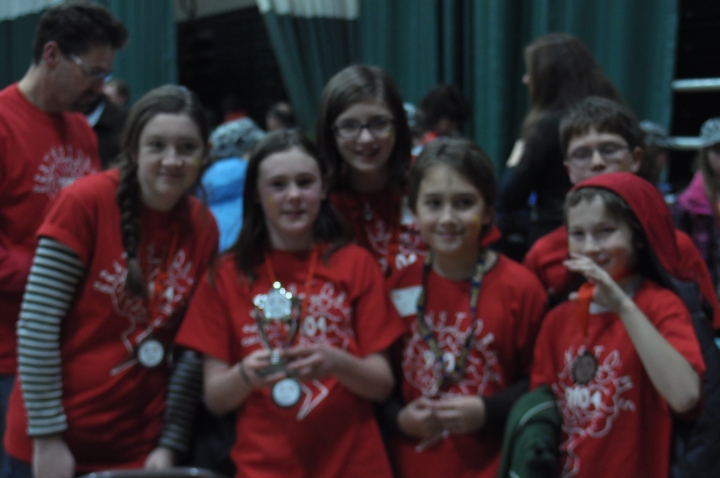 I’m a coach on a Lego League team. This past weekend was the Qualifier competition for the bigger tournament happening in a couple of weeks. The girls had a serious week of crunch time, outside of the regular meetings. I  packed up the car at 5:15 Saturday morning, before the snow plow had even made it down our road, to head east to Herkimer. It is our third year and the first year I feel as if we kind of know what we are doing. We brought lots of food including doughnuts. Not everyone  gets to go on and by the end of the day I was pretty sure we would not; we were all convinced we would not. The other teams seemed so much fancier.  But we were so wrong. We won the project award. It is huge. We are still riding high and now get to go on to the tournament. But first a few days off to celebrate Thanksgiving and then it is back to work.